SIOS is a regional observing system for long-term measurements in and around Svalbard addressing Earth System Science questions. SIOS integrates the existing distributed observational infrastructure and generates added value for all partners beyond what their individual capacities can provide.

SIOS brings observations together into a coherent and integrated observational programme that will be sustained over a long period. Within SIOS, researchers can cooperate to access instruments, acquire data and address questions that would not be practical or cost effective for a single institution or nation alone.

The Scientific Optimisation Advisory Group supports the development and prioritising of the observing system and the science case of SIOS.

Why do we establish such an observing system in Svalbard?

The Arctic region will probably experience the most severe climate change worldwide with an anticipated warming of four to eight degrees (annual average) and a significant increase in precipitation until the end of the 21st century. Svalbard is consequently an important arena for investigations of environmental and climate change.

In the Norwegian High-Arctic, the archipelago of Svalbard already has a substantial research infrastructure (The Ny-Ålesund research station, Longyearbyen, Hornsund and Barentsburg). Extensive institutionalized international cooperation for more than 15 years between institutions from about 20 countries, with coordinating committees: Ny-Ålesund Science Managers Committee (NySMAC), Longyearbyen Science and Education Forum (LySEF) and Svalbard Science Forum (SSF). High data transfer capacity between Svalbard and the Norwegian mainland and, in the future, between Longyearbyen and Ny-Ålesund. Svalbard has the infrastructure to study both the upper and lower atmospheric layers Unique potential for use of satellite data (high overpass rate, on-site data collection and pre-evaluation) Excellent flight connections between Svalbard and the Norwegian mainland year-round Harbour facilities for research vessels in several locations 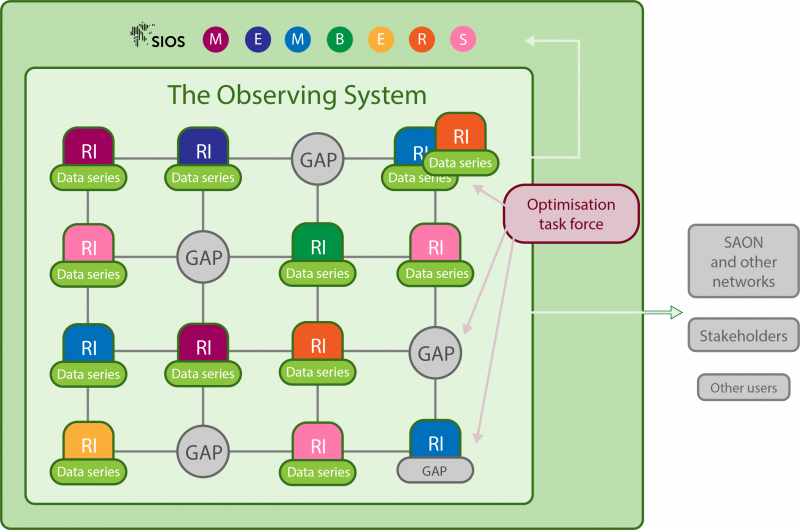 Figure: The SIOS Earth System Science observing system consists of a wide variety of research infrastructure (RI). The RI is owned by SIOS members (represented by different colours in the figure) and already represents a substantial concentration of RI in and around Svalbard. It is distributed in space and time, but also thematically. The aim of SIOS is to bring them into a coherent network, detect gaps and overlaps and optimise the observing system by filling these gaps and minimising the overlaps.

A strategy for prioritization within SIOS 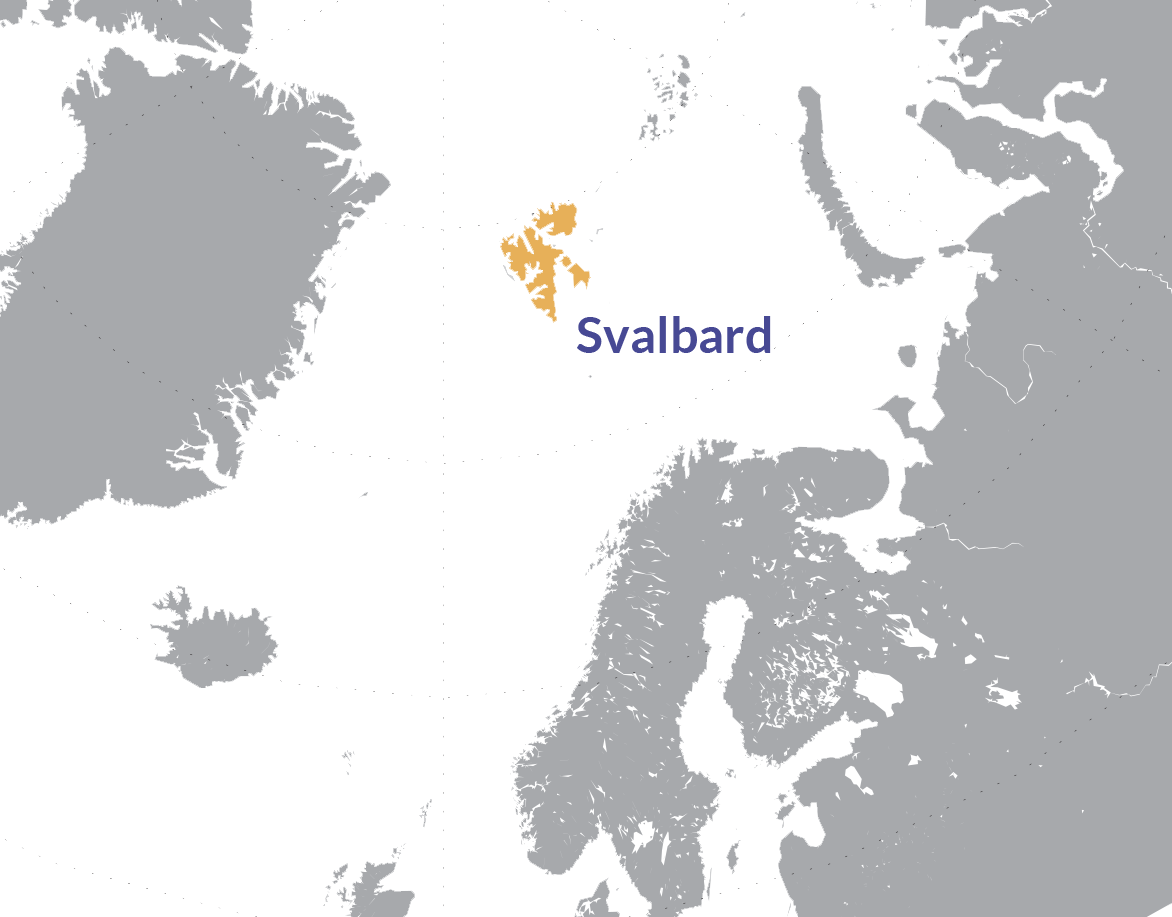 We do not use advertising services.